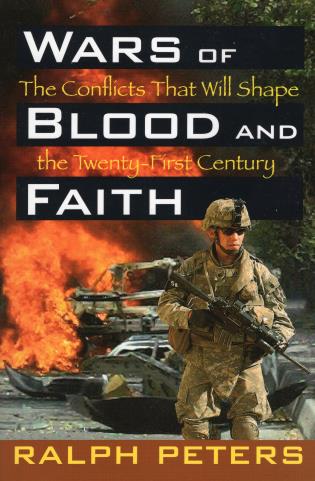 Wars of Blood and Faith

The Conflicts That Will Shape the Twenty-First Century

Fox News Strategic Analyst Ralph Peters is the author of 27 books, including bestselling and prize-winning novels. He has experience in over 70 countries and, as a journalist, has covered multiple conflicts. His work has appeared in a wide range of publications and he serves on the advisory board of Armchair General magazine. He lives in Virginia.